The FCCI Hero Award was created in 2012 to recognize the outstanding efforts of FCCI teammates who go above and beyond in their communities. Twice a year, we reach out to our FCCI family to ask for nominations of teammates who embody the best of what our company has to offer. Recipients are recognized at FCCI’s biannual Town Hall meetings with an award and a monetary donation to the organization they support.

In 2019, the award was renamed The Arlene Alonso Hero Award, in recognition of an exemplary teammate who served more than 33 years at FCCI and selflessly made our organization a better place. In her role as Assistant to the President, Arlene championed the FCCI Volunteer Policy of giving teammates paid time off to volunteer, organized FCCI's corporate donations and sponsorships for many years, and was instrumental in creating the FCCI Charitable Foundation. Her advocacy for volunteerism and community involvement made a lasting impact on FCCI and our teammates. 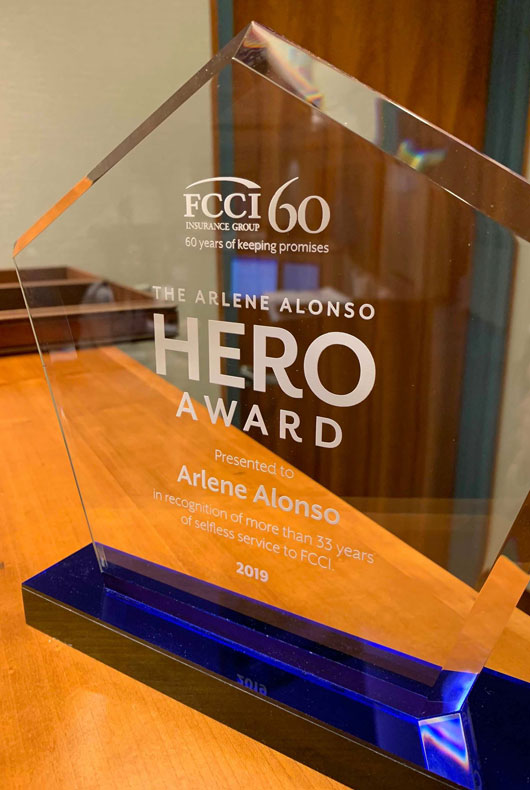 Renée Webber has been with FCCI for more than five years, and she has poured her boundless energy into everything she does. Both FCCI and the community she serves have been impacted by Renée’s giving nature and her passion for helping others.

From a young age, Renée knew the importance of being kind. She took the lessons her mother taught her into her adult life, now personifying the very definition of “The Power of Nice.” From acting as FCCI’s liaison with All Faiths Food Bank to her work with The Pines of Sarasota, SPARCC and Mayors Feed the Hungry, Renée has touched the lives of many in the Sarasota area.

Renée believes that personal positivity breeds continuous positivity in your environment, and she lives that belief by spreading joy inside and outside our Home Office.

“It’s not only that we’re giving back outside of the office, but that we’re also creating a better world for everyone inside the office, too.” — Renée Webber Fall 2019 FCCI Hero Award recipient 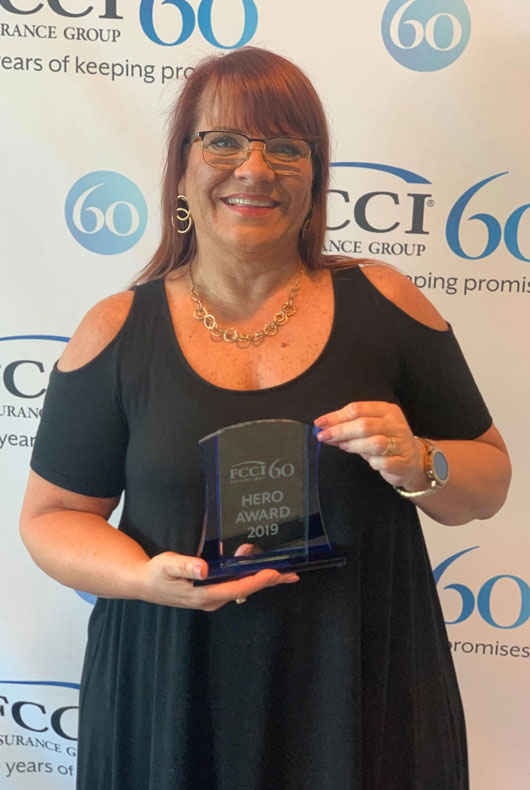 Vince's story was brought to light by a fellow teammate. She spoke of an eye-opening experience she had as she witnessed Vince take the first step in what would become a major initiative in FCCI's Southwest Region. "One day while sitting in a restaurant with Vince and a number of other FCCI colleagues, a distraught and disheveled looking man entered. His hair was matted. His clothes were barely hanging on to his body. Vince got up and walked swiftly towards the man and told him to have a seat at the bar. He then ordered and paid for the man’s lunch. Vince saw, through his compassionate eyes, a poor, homeless man; someone often ridiculed by our judging eyes."

Since that day, teammates continued to witness Vince going out of his way to provide food for individuals in need. Soon, other coworkers began to follow suit. Vince's generous and caring spirit was contagious throughout the Southwest office. In 2017, Vince organized a turkey drive for a local homeless shelter. In 2018, the Southwest Regional Office donated an entire meal, including 20 turkeys, for more than 100 homeless men and women.

Vince also organized a donation of $1,000 from FCCI's Southwest Regional Office to the Freeman House, a local program that gives homeless men and women the tools and resources to rebuild their lives and regain their independence. Vince's kindness and generosity have changed the way many teammates in the Southwest Office look at the world and the people around them. Through his actions, he led by example and sparked change. 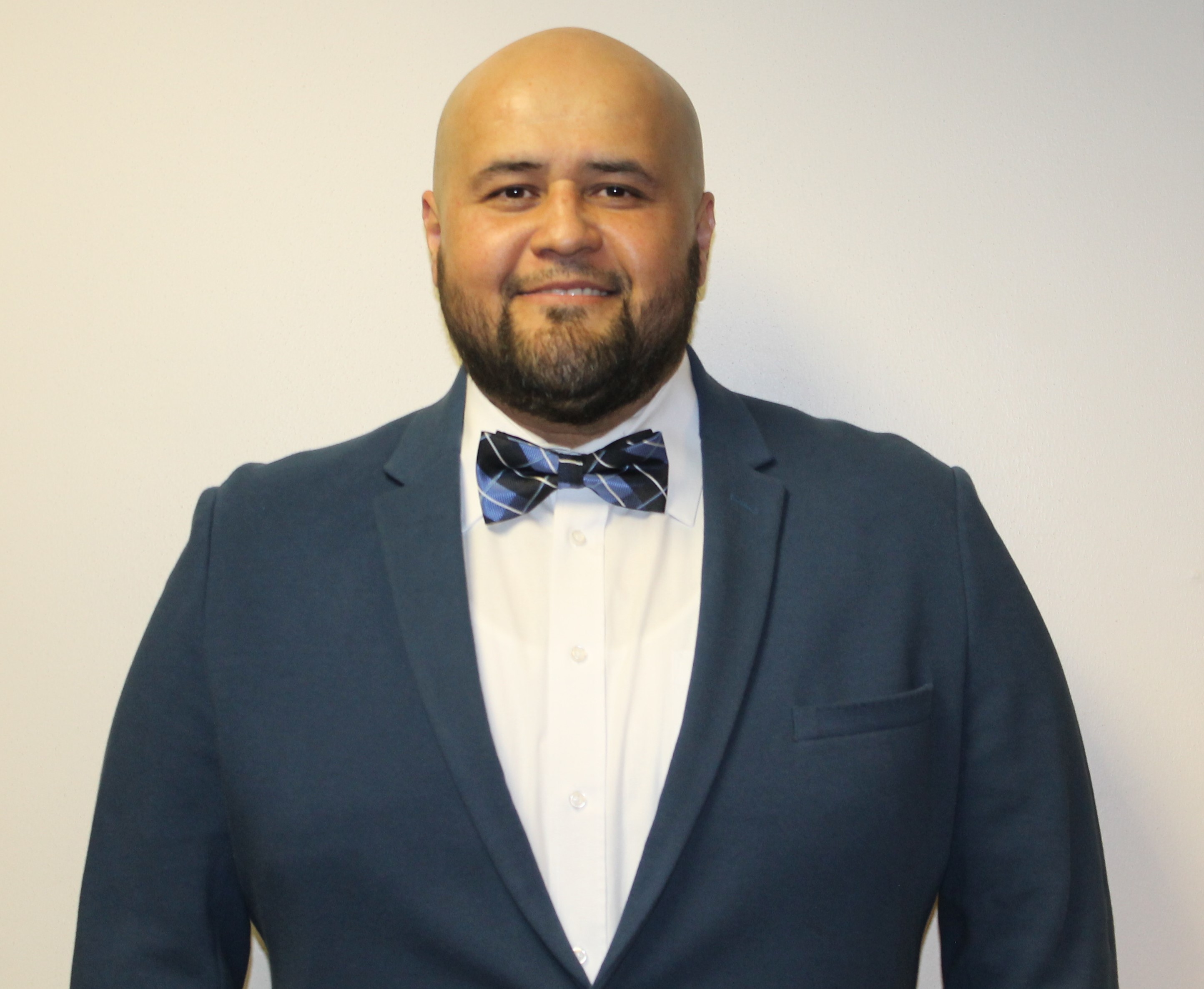 For me, it is never for the recognition. It is because of my faith and personal experiences that I feel called to do this. So when I am able to impact someone while they are in their struggle or inspire someone to show acts of kindness, that is the real reward.
— Vince Nuñez Underwriting Technician
FCCI Insurance Group

Kelly Lyons, an Underwriting Technician in our Florida Regional Office, is a hero among us. Kelly has been pushing the envelope of what it means to be a hero within her community for many years and continues to do so at FCCI.

She has dedicated herself to giving back to her community in a number of different ways. From starting her own relief group in high school to working with the Department of Children and Families as an adult, Kelly has never stopped serving her community. In recent years, Kelly has co-lead a local moms’ group called The Thirsty Philanthropists. These civic-minded women raise funds and volunteer for organizations such as the Humane Society and Mothers Helping Mothers.

Through her role as the Vice President of the Humanitarian Committee of FCCI's Young Professional’s Club, Kelly has inspired her peers and made an extraordinary impact on our company. She has organized multiple volunteer opportunities every month, and has personally volunteered at nearly all of them. Her organizational efforts resulted in 87 hours of volunteerism from the FCCI Young Professionals in 2018 alone – and that doesn’t include weekend hours!

Kelly is an FCCI Hero, not only for her personal dedication to giving back, but for her leadership in inspiring others. 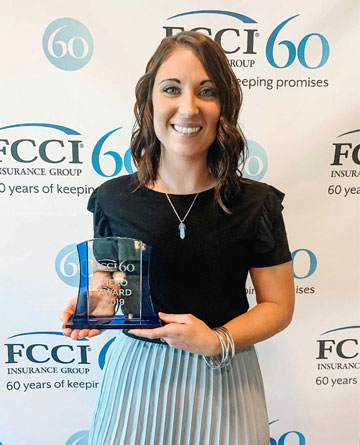 In the Fall of 2017, Ivy Wynn-Fowler, a Senior Underwriting Technician in our Lake Mary office, received the FCCI Hero Award and a financial contribution for leading the Gifts for Grads program. Gifts for Grads provided deserving high school students who were heading off to college with complete Dorm kits, including bedding and bath accessories, school supplies, toiletries and other items. Students were selected based on financial need and an essay about what it meant to them to attend college. Fourteen students were awarded dorm kits, and the top three also received laptops.

Ivy also tutors young women at a local high school and hosts pizza dinners for them. She regularly tutors children at the Orange County Homeless Shelter, and even became a foster parent for a girl after her mother abandoned her at the shelter.

One day, when Ivy was passing a park after church, she saw a young mother with two small children. The woman's boyfriend had given her two black eyes, and she had left with her children and spent the night in the park. They were hungry and had no place to go. Ivy bought them food, diapers and wipes and paid for a night in a hotel. Ivy encouraged the woman to reach out to her mother who lived in another state, and the three are now safe in her mother’s home. 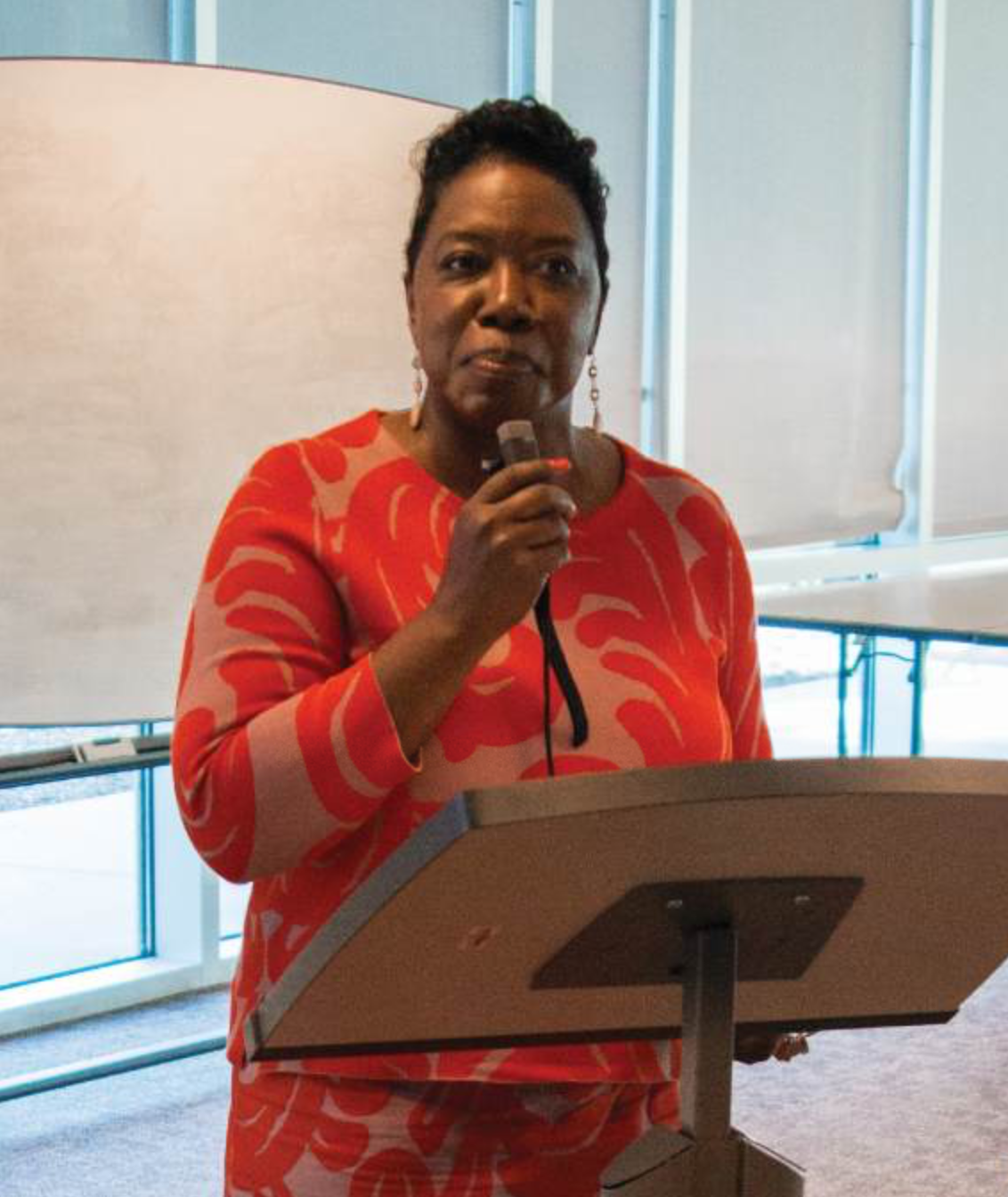